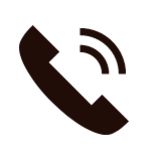 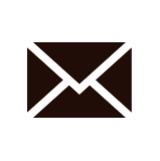 Posted on 22nd February 2022 at 12:22
Each year The All England Ballroom and Latin Open Championships promoted by Unity Dance are still held at this venue over 2 days and in 2022 Dream Duffel UK was lucky enough to be at this event and supporting it.
The Blackpool Tower Ballroom is one of the two major auditoriums in the Blackpool Tower Complex, the other being the Tower Circus. Both were designed originally by Maxwell and Turk in 1894, but were redesigned by the renowned Theatre Architect, Frank Matcham in 1899, and are in different but equally lavish styles.
Frank Matcham's redesign of the Blackpool Tower Ballroom in 1899 is thought to be one of his most important surviving works and is incredibly lavish in style. The Theatres Trust says of the Ballroom: 'The interior conveys an impression of quite staggering opulence' and I would have to agree, a visit to this auditorium leaves you quite speechless with admiration for Matcham's creative imagination and his unselfconscious flare.
The Ballroom suffered a major fire in 1956, which also caused major smoke damage to the Tower Circus, and that could well have been the end for this remarkable building, especially when you consider that Theatres all over the Country were being discarded at the time with little thought to their architectural importance. However, the Tower Ballroom was carefully refurbished and restored after the fire by Andrew Mazzei and thankfully this and the Circus still survive to this day in their original Matcham splendour. 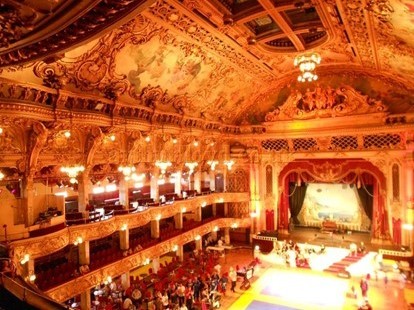 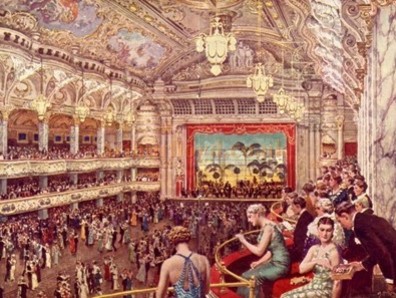 Above - The Blackpool Tower Ballroom (from an original painting by Fortunino Matania, R.I.) - From a 1938 programme for the Winter Gardens Complex - Caption reads: -'Every capital of the world prides itself upon its Opera House, but Blackpool is deservedly proud of its famous Tower Ballroom, the beautiful interior of which is second to no other ballroom or concert hall in the world. In addition to the myriads of dancers who have been carried into the seventh heaven of delight whilst dancing on its new parquet floor, the Kings and Queens of song thrill thousands with their singing at celebrity concerts in this wonderful hall. Its famous wonder Wurlitzer Organ and Dance Orchestra are heard broadcasting throughout the Empire, and its annual season's spectacular Children's Ballet is one of the never-to-be-forgotten joys of the millions of visitors to Blackpool.
Each year The All England Ballroom and Latin Open Championships promoted by Unity Dance are still held at this venue over 2 days and 2022 Dream Duffel UK was lucky enough to be at this event and support it.
Tagged as: Ballroom, Latin
Share this post: